Dimitris Makriniotis was born in Athens. From an early age, he had a lively enquiring mind, he constantly wanted to learn and seek out challenges. He used to watch his mother while making sweets, with an incredible willingness to experiment and a dream of creating his own unique version.

At the age of 35, he decided to pursue a pastry chef career and dedicated himself to it completely.

He is fascinated by the taste, the aromas, and the textures of ingredients and draws inspiration from everything around him.

Being a keen supporter of lifelong education, he sought and learned the secrets of pastry from the world’s best pastry chefs, such as Stéphane Glacier, Cristophe Rhedon, Johan Martin, Guillaume Mabilleau, Gianluca Fusto, and Andres Lara by participating in seminars and workshops.

Creativity, persistence in detail, and excellent knowledge of the combination of ingredients that contribute to the enhancement of the taste of a sweet led to his award as the Best Pastry Chef in Greece in 2014.

Since 2015 he has been appearing on several popular TV shows on Greek television as a pastry chef in pastry columns. Daring to work out of the box, his aim is to inspire the viewers to create special sweets in a simple and easy way.

His business activities also consist of consulting and organizational services to several restaurants, hotels, and catering units, which include among others not only the creation of an integrated menu and the development of recipes but also the supervision of the planning of the preparation room, the selection of suitable equipment as well as the management of production costs.

Moreover, he instructs in pastry schools and runs seminars for professional and amateur pastry lovers.

He works with passion and enthusiasm and he also aims for creativity, which would go beyond the ordinary.

For Dimitris, pastry is love, emotion, culture, a way of personal expression and his philosophy focuses entirely on them.

In his immediate plans are the creation of a book, as well as a place that will put into practice ‘Simple pleasures are treasures’. 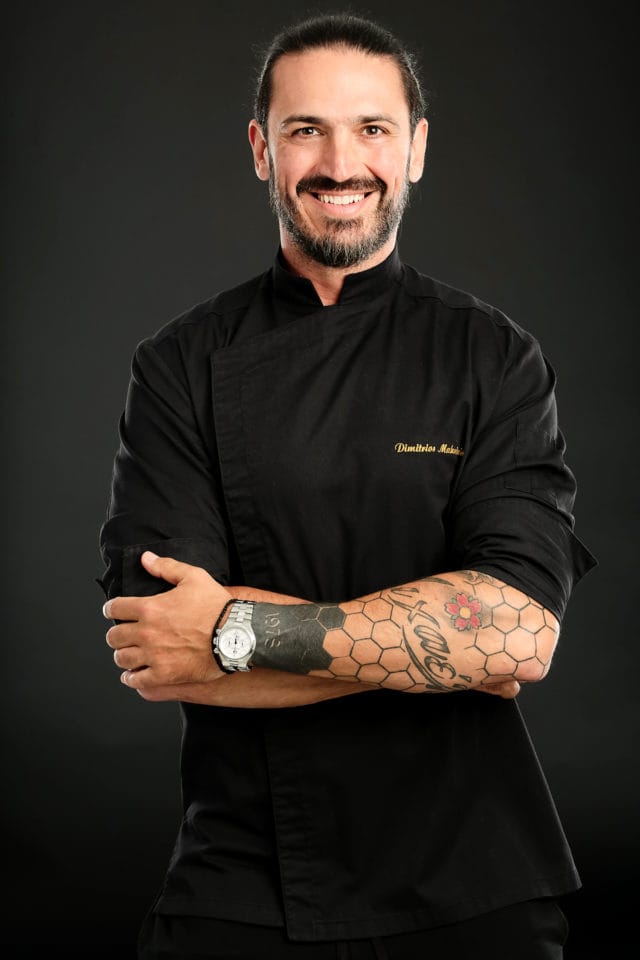 Join me on a sweet journey full of traditional, classic, and also modern pastry recipes for all tastes.

This website uses cookies to improve your experience while you navigate through the website. Out of these, the cookies that are categorized as necessary are stored on your browser as they are essential for the working of basic functionalities of the website. We also use third-party cookies that help us analyze and understand how you use this website. These cookies will be stored in your browser only with your consent. You also have the option to opt-out of these cookies. But opting out of some of these cookies may affect your browsing experience.
Necessary Always Enabled
Necessary cookies are absolutely essential for the website to function properly. This category only includes cookies that ensures basic functionalities and security features of the website. These cookies do not store any personal information.
Non-necessary
Any cookies that may not be particularly necessary for the website to function and is used specifically to collect user personal data via analytics, ads, other embedded contents are termed as non-necessary cookies. It is mandatory to procure user consent prior to running these cookies on your website.
SAVE & ACCEPT